Right between spring and summer 2020, still facing the limitations of COVID-19 pandemic, I was up with an activity I planned for a long time.

Back in 2011, almost 10 years ago, with some colleagues I wrote a LIFE project (LIFE+ FAGUS) proposal to enhance the multi-taxon biodiversity of Apennine beech forest habitats. The project was funded and carried out not without difficulties in two mountain areas of the Apennines included in two of the biggest Italian National Parks: Cilento, Vallo di Diano and Alburni National Park and Gran Sasso and Monti della Laga National Park. The first one is totally included in the province of Salerno, south of Naples; the second one is located in Abruzzo, and includes the highest peak of the peninsula, the Corno Grande of the Gran Sasso (2912 m a.sl.) that in English would oddly sounds like “the big horn of the big stone”.

The silvicultural interventions designed during the project aimed at achieving a heterogeneous forest structure, uneven-aged stands including tree species other than beech in the canopy, deadwood and habitat trees to benefit vascular plants, epiphytic lichens, birds, beetles, and fungi.

Seven years after the interventions we were able to go back to the intervention areas in the Gran Sasso and Monti della Laga National Park for a multi-taxon monitoring, with the support of three bold students, eager to learn as much as possible during the fieldwork. 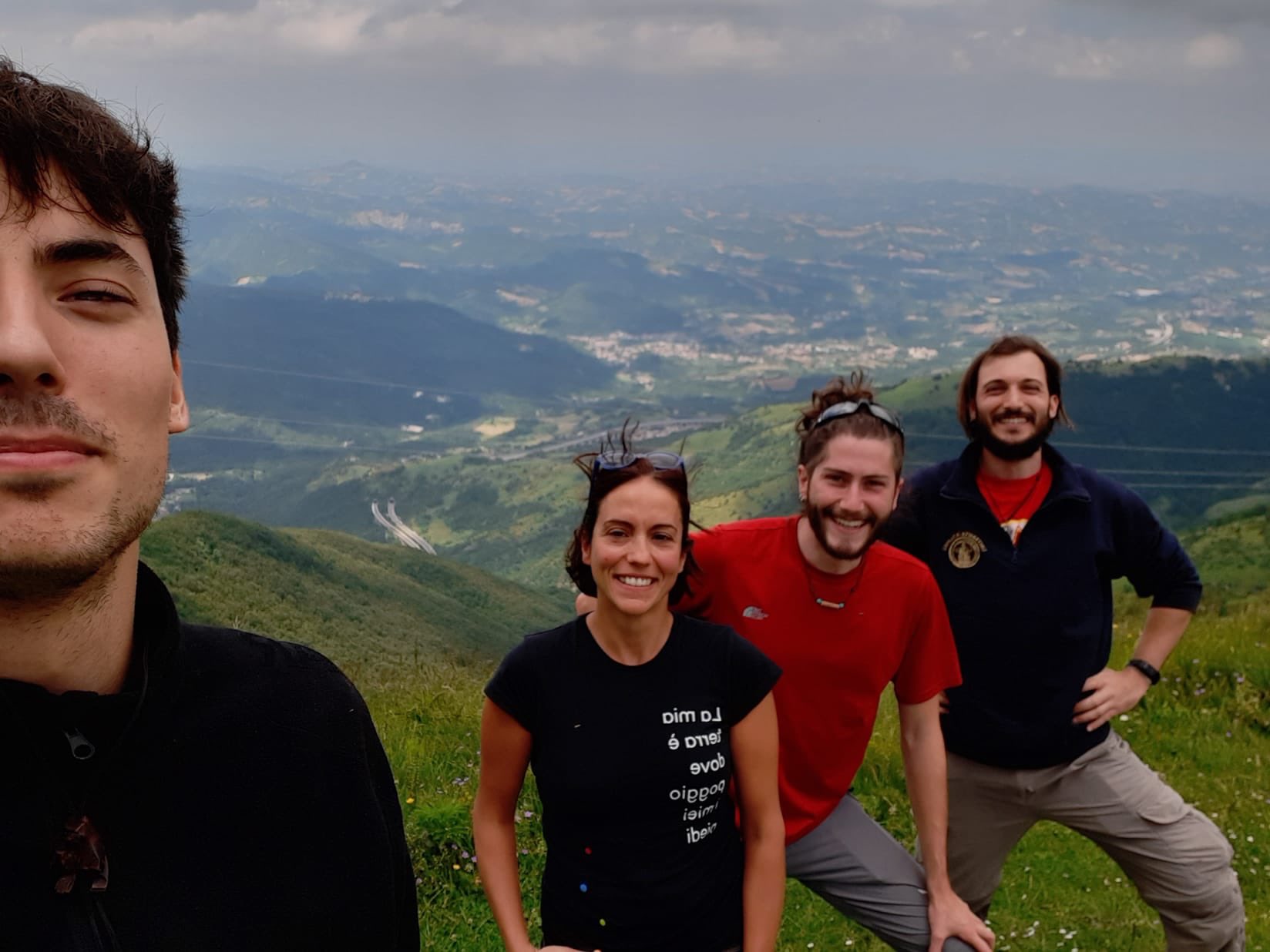 Sampling is not finished yet, still several vegetation plots are to be sampled and some saproxylic beetle species will wait even warmer days to fly out of deadwood. We are strictly following the protocols defined and tested by a specific LIFE project aimed at producing effective and standardised monitoring protocols for saproxylic beetles (LIFE+ MIPP).

Our first impressions of a highly heterogeneous understorey in the intervention areas, a diffuse presence of the species Morimus asper.

We also found a fair usefulness of microhabitats at the tree base, especially for invertebrates. We found ant nests (Lasius fuliginosus) and beetles of the genus Nicrophorus, interesting for their habits of laying eggs in carcasses, with both parents nursing and feeding their larvae. 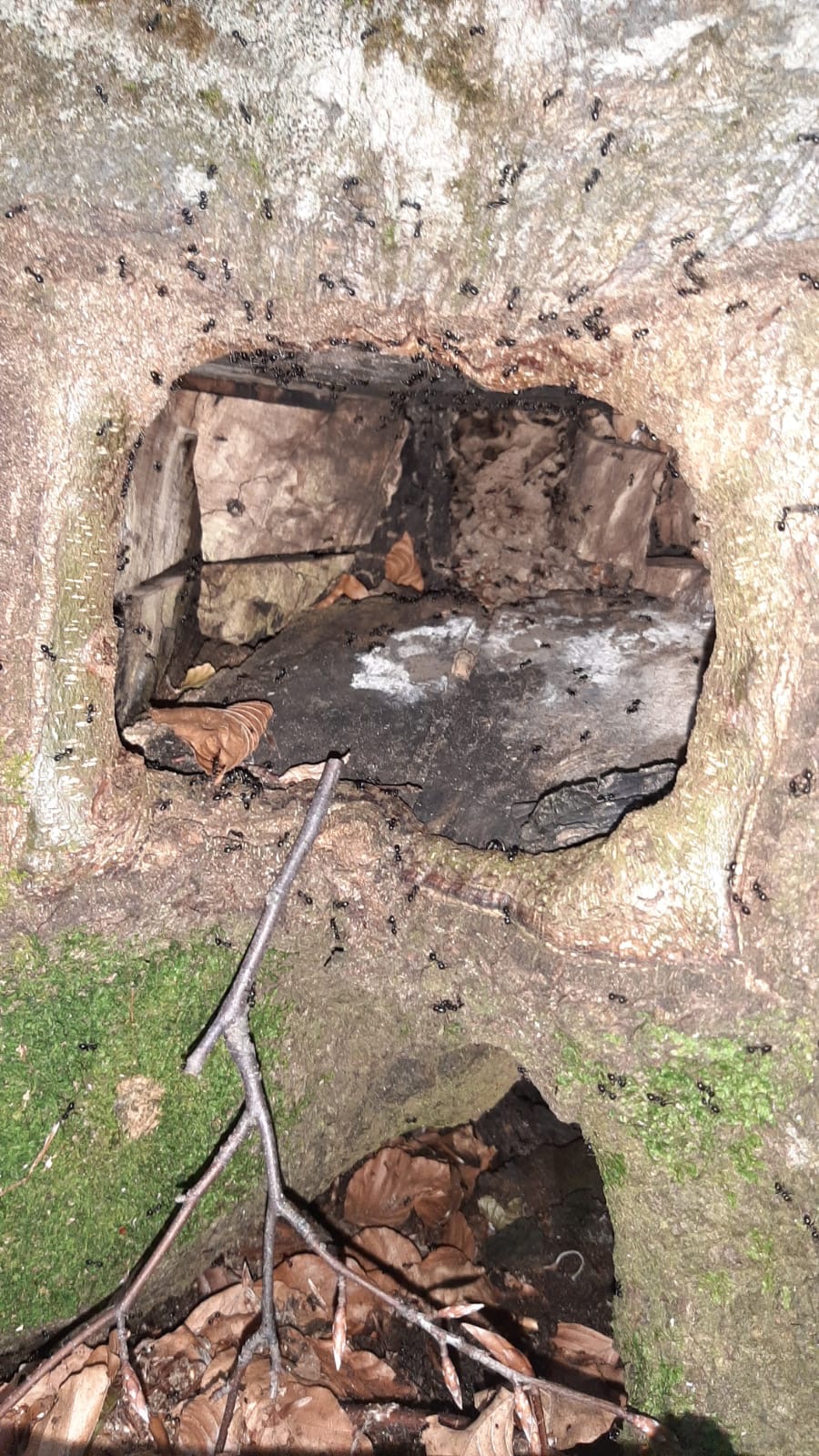 Nevertheless, the inspection of nest cavities revealed no use by bird species (except for Wren – Family Troglodytidae) but rather by dormice (Glis glis). 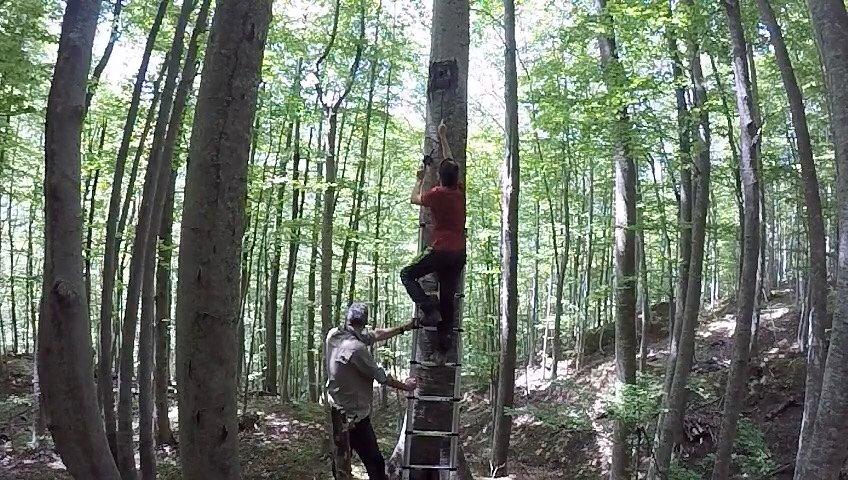 So coming back to our title recalling one of the best Sonic Youth albums “Experimental Jet Set, Trash and No Star”, experimental conservation actions are definitely jet set in a European Union that looks more and more into bioeconomy and forest biomass for energy supply, our “trash” deadwood and cavity trees keeps giving us great satisfaction instead, attracting species of conservation concern; but our “star” the bird species collared flycatcher (Ficedula albicollis) did not appreciate our effort, although we were able to listen to its singing in some of the areas that we resampled this year. 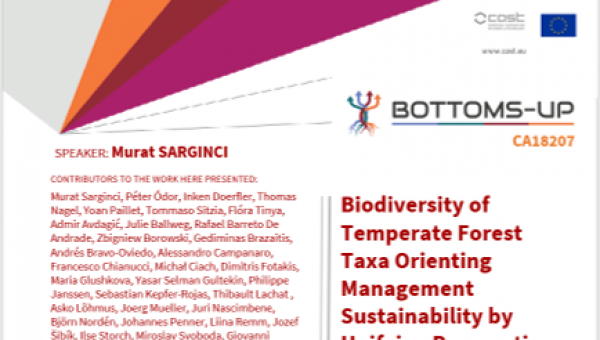 The EGU (European Geoscience Union) conference traditionally dedicates a session to the COST Actions in Geosciences that started in the previous months.

This year our participant Murat Sarginci, working at the Faculty of Forestry of the University of Duzce should have presented our Action at EGU 2020 in Vien. 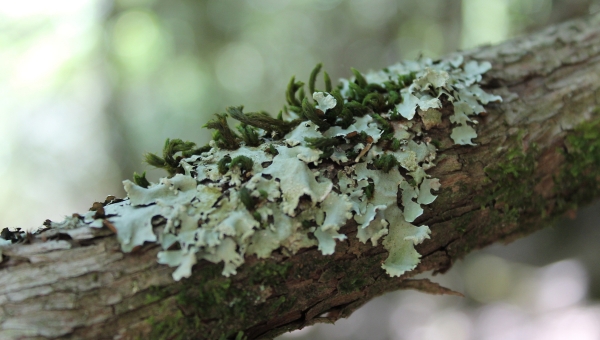 The lichenologist Trevor Goward, with an intriguing definition, describes lichens as fungi that have discovered agriculture. They are a complex life form that is a symbiotic partnership of two separate organisms, a fungus and an alga (or cyanobacterium – or both). The result of such alchemy is a bizarre organism that can display a larger diversity in morphology, physiology, and biochemistry than other many organisms. Symbiosis in lichens is so well-balanced that lichens have been considered to be self-contained miniature ecosystems (Honegger 1991). 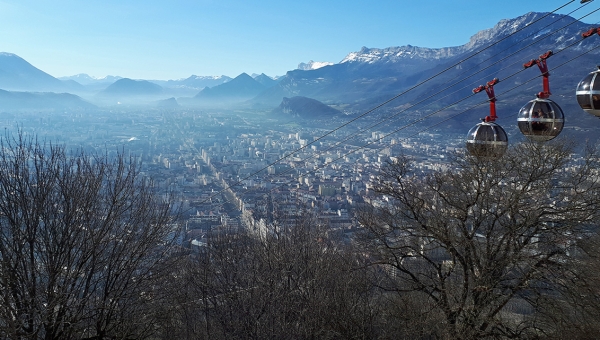 A lift from Cost Action ‘Bottoms-Up’

The “bubbles” are the symbol of Grenoble. They are the famous tourist cable cars, shaped as spheres, that, with a journey through the air, will bring you quickly to the top of the mount that watch over the town. In few minutes, you get right at the Bastille, so that you can keep your energy to continue the day trip to the other peaks. 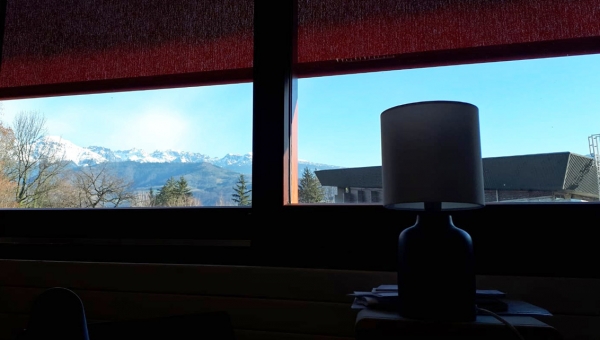 Walking in others’ shoes

The office I have been assigned when in Grenoble had a view on the mountains that surround the town. I am not used to it. I come from the biggest plain of Italy, where everything is flat, allowing you to scan the horizon very far from where you are. Mountains and hills can be seen, but they always seem so far.

Where does the Action Bottoms-Up come from?

The COST Action CA18207 will start from fungi, insects, herbs, spiders, lichens, mosses, and from all those small, often neglected organisms in a forest, to drive the manipulation of tree species through management strategies that are actually sustainable for biodiversity.

Funded by the Horizon 2020 Framework Programme of the European Union