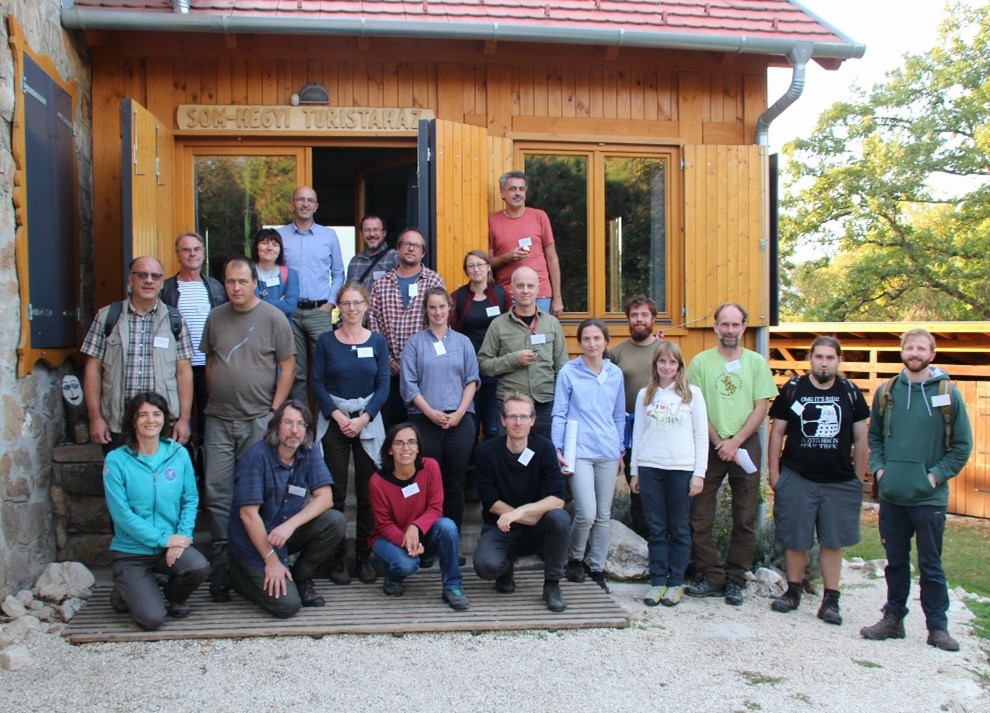 Researchers from 15 European forestry experiments hold a common brainstorming – at long last, face-to-face after the COVID-19

Researchers from 15 European forestry experiments hold a common brainstorming – at long last, face-to-face after the COVID-19

The Experiment Working Group of the BOTTOMS-UP Action began its work two years ago, however, because of the pandemic we could not organize any live meeting until this October. There were some uncertainties around the organization of this meeting, too, but finally we could do it.

As one of the aims of the event was to get to know each other, we began the program with a field trip in the Pilis Mountains, where the participants could get acquainted freely, while they visited two multi-taxon forestry experiments.

The Pilis Gap Experiment was established to focus on the continuous cover forestry: it investigates the sites conditions and biodiversity of gaps with different size, shape, and creation mode. 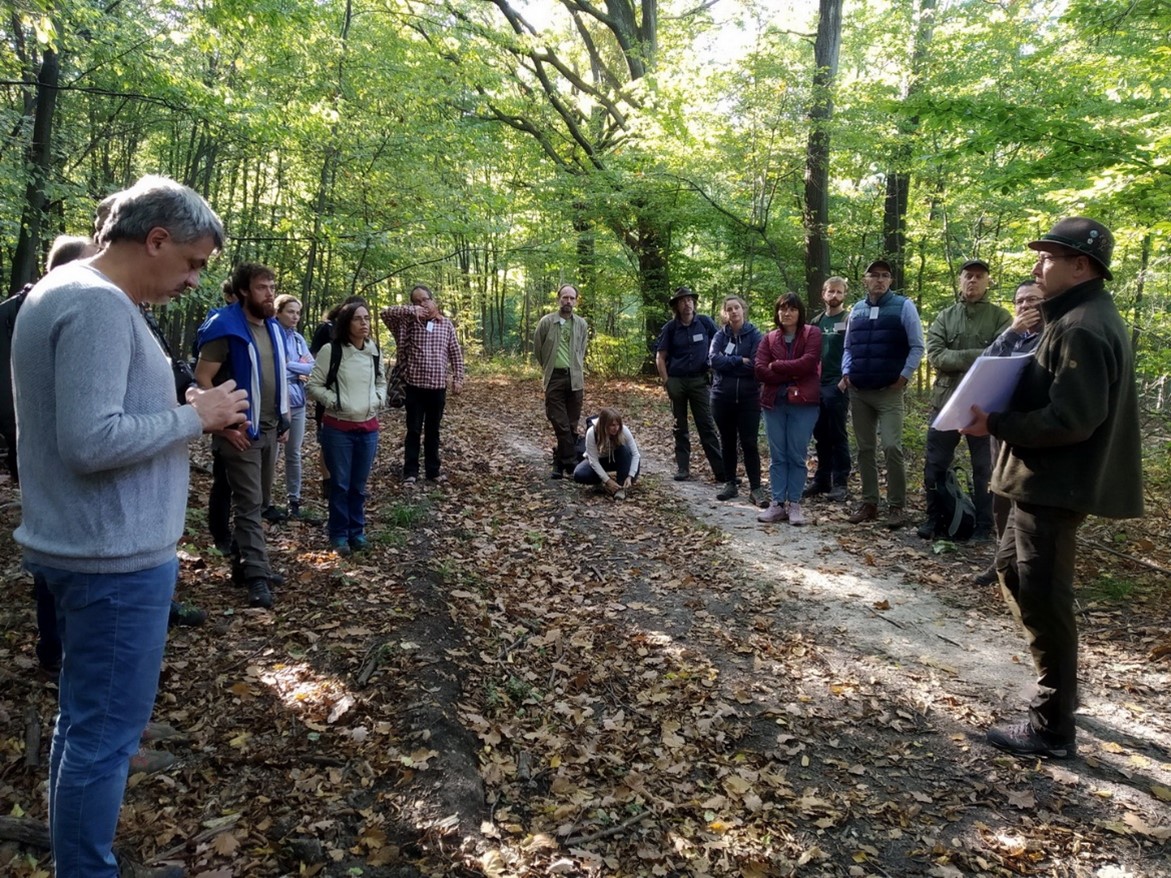 Both sites were in sessile oak-hornbeam forests, but after visiting them, the group walked up to the hilltop to have a look at some dry downy oak forests, as well. This short walk became a bit more adventurous than we planned, because we lost the half of the group in the forest, but fortunately we found them quickly. We were very lucky also with the very nice weather, it started raining just next day, during the in-door work session.

In the afternoon, we listened to several presentations about the experiments of the participants. It was very impressive as many exciting projects were presented! We closed the day with a common dinner in a restaurant in Budapest. 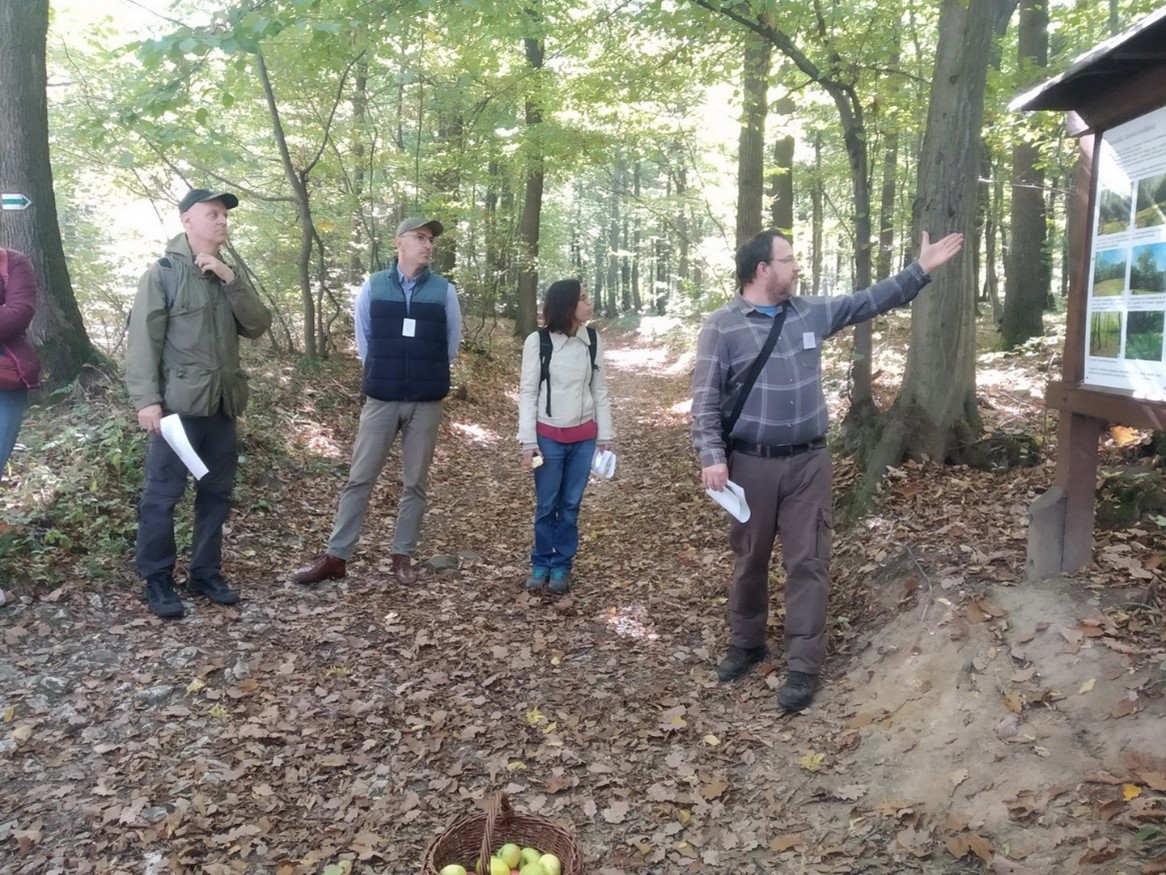 Next day we travelled to Vácrátót, to the Institute of Ecology and Botany. Here we discussed some topics that – based on our previous insight to the projects – had the potential for common analysis across many experiments. These were:

The brainstorming was supported by short summary presentations about these types of experiments. 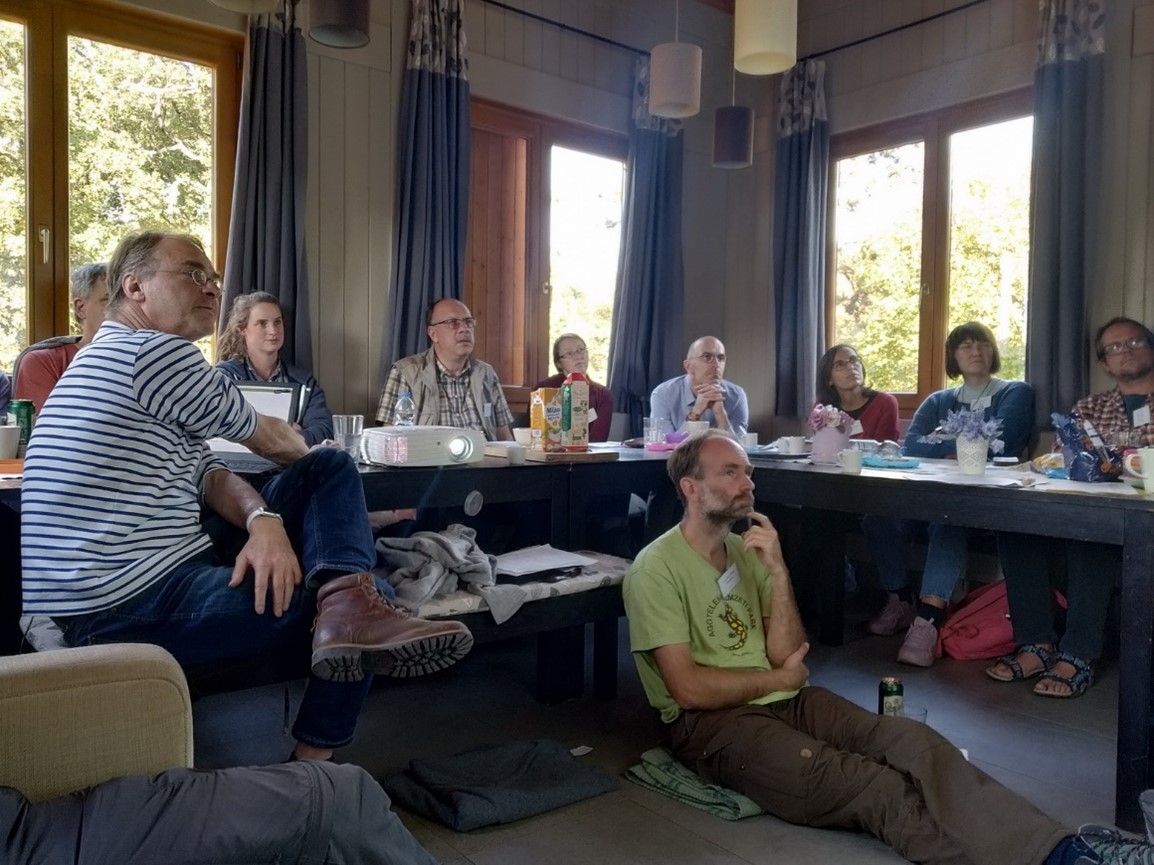 Thinning proved to be a promising topic. Thirteen experiments of the network across 10 countries have implemented some kind of thinning. Even if not all of them are completely similar, most of them seems to be quite comparable. A small group of colleagues committed to coordinate the collection of the existing data from these experiments, and to perform common analyses on them. The final goal is to publish a synthesis about the effect of thinning on multi-taxon forest biodiversity at European level. Gap-cutting and game-exclosure experiments proved to be more heterogeneous. In these cases, some further thinking is necessary to find those questions that can be answered across multiple projects. The effect of game-exclosure might can be studied only on vegetation (herbaceous understory and woody regeneration), as its effect on other taxa is quite indirect, and is studied not uniformly across the experiments. A coordinating person was assigned to both topics to develop further brainstorming. The second most frequent treatment in the network was deadwood-enrichment. However, these experiments were strongly diverse. In many cases, the amount of deadwood was not standardized, just measured. The scale of the study was also different: from stands with enriched amount of deadwood across plots with extra deadwood until the individual logs put into the forests. Thus, we had to reject to create a harmonized database for these experiments. 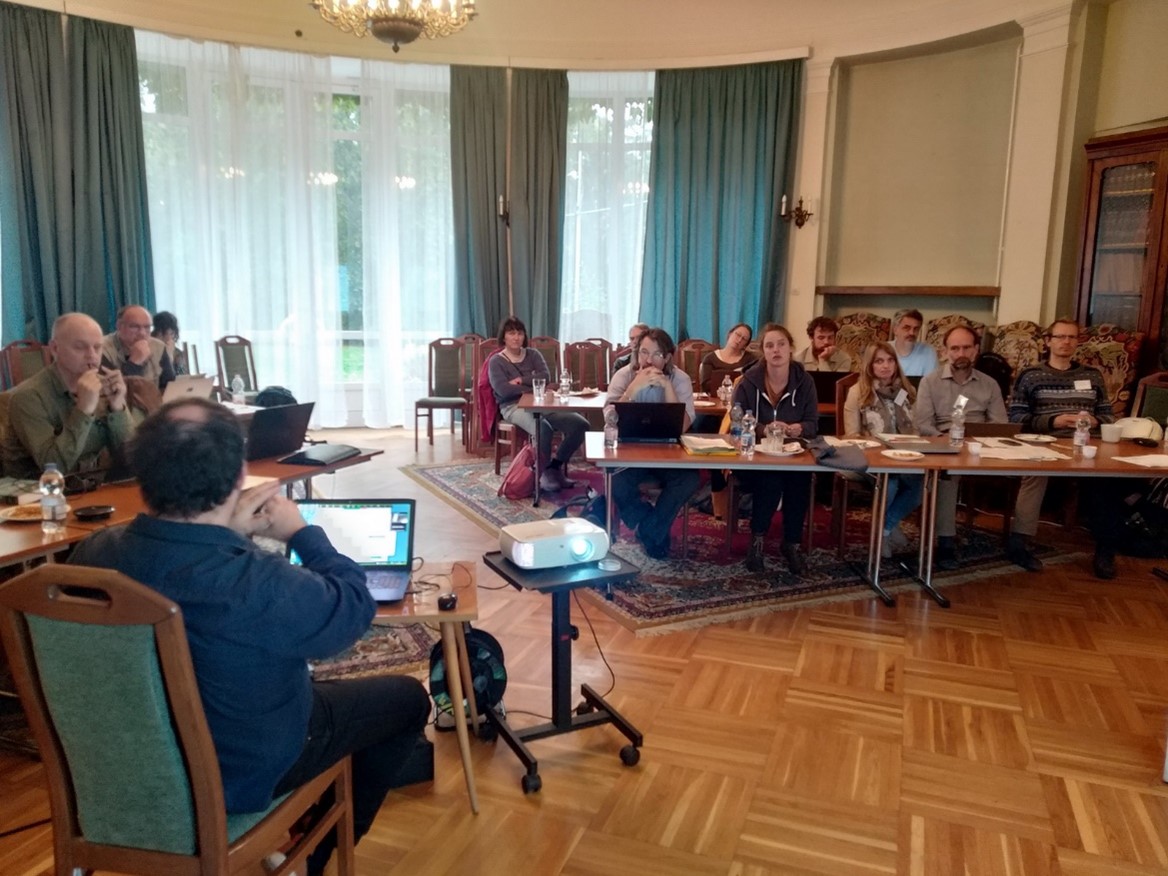 Finally, in order to increase the similarity between different experiments, the group discussed the possibility of applying together for specific research grants that would allow to start new, standardized experiments in several countries. A group was established to actively work on the elaboration the topic of a common proposal.

As a closure treat, we went for a walk in the National Botanical Garden of Hungary, which is located next to the Institute.

The meeting was a very interesting occasion to get to know all the working group members face-to face after so much time of e-mail communication, and to define several ways towards future cooperation.